Is there a Christian View of Economics? 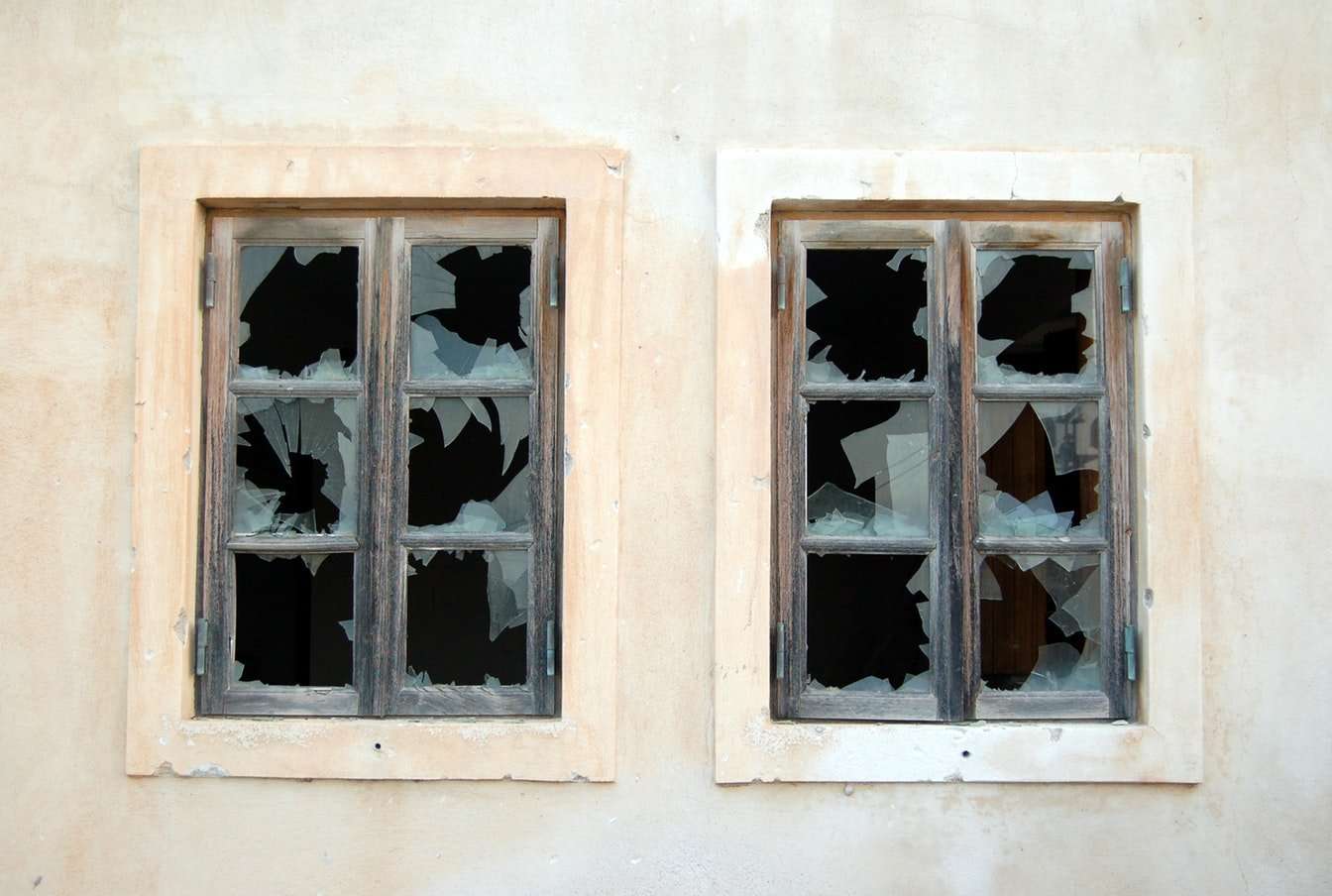 I had the pleasure of attending for the first time FEEcon this month. I met several interesting people, from fellow attendees to some of the speakers, including the president, Lawrence W. Reed. He spoke about the influence of his Christian faith on his work at FEE in his opening keynote speech, which highlighted a new ebook FEE has published called, Are We Good Enough for Liberty?

But what does this mean? Does it mean that we ‘do’ libertarianism in a distinctly Christian way? Does it mean economics is different for us than it is for non-Christians? Does it simply provide a different perspective on the philosophy? Gary North seems to think Austrian economic theory is missing out on a Christian contribution to economics, and for my next series of articles, I’ll be evaluating North’s book, Christian Economics in One Lesson.

Article Contents show
1 Who is Gary North?
1.1 What’s so great about Henry Hazlitt?
1.1.1 Bastiat’s analogy of the Broken Window
1.1.2 Bastiat: Destruction does not stimulate the economy
1.1.3 Hazlitt: Government intervention is the destruction of the window
1.2 North’s Criticisms of Hazlitt and Bastiat
2 What remains to be seen
2.1 Footnotes
2.2 How Useful Was This?

Who is Gary North?

Gary North is an interesting character among libertarian thinkers. He considers himself a radical libertarian in terms of his opposition to government intervention, but he favors traditional-conservative cultural values, to the point of supporting capital punishment for things like homosexuality, adultery, blasphemy, and the like. [2]

North’s odd take on Calvinism as supporting a theocratic reconstruction of the state with an otherwise anarcho-capitalist society certainly calls to question whether Christians (particularly Calvinists, like myself) can be legitimately libertarian. [3] But let’s set aside his politics for the moment.

He believes that we’re missing an opportunity to reach people by not appealing to the ethical implications of economic ideas. The phrase, “taxation is theft” for example, is more than a catchy polemic; it’s a heavy-handed indictment that the state’s very existence (in the market, at least) is unethical. North’s goal is to reach the common Christian who doesn’t have the interest or knowledge in business and economics. By reaching this audience, North hopes that non-economists can more easily evaluate proposed policies and not be fooled into believing bad economic ideas.

What’s so great about Henry Hazlitt?

What made Hazlitt’s book so great, is that he was able to use a simple analogy as one object lesson, and then applied it several ways in which government employs the fallacious reasoning in the analogy. That analogy is the story of the Broken Window, first penned by Frederic Bastiat, in his essay titled, What is Seen and What is not Seen. You may have heard this analogy before, but I will summarize it as Bastiat told it.

Bastiat’s analogy of the Broken Window

Bastiat opens this analogy with the son of a shopkeeper. The boy happens to break his father’s window through carelessness. The shopkeeper is upset but the townspeople console him by pointing out that his repair of the window will provide an income for the glazier. More than this is that if it weren’t for acts of destruction, the glazier would have no job. So the shopkeeper pays a glazier to repair his window, the glazier takes his new income, blesses the boy, and has money to buy something else. This is the seen effect of the destruction of the window.

Bastiat: Destruction does not stimulate the economy

Bastiat grants this event causes money to circulate, but he objects to this event being an act of economic stimulus, which is implied in the consolation: that if it weren’t for destruction, the glazier would have no money to buy food, therefore, destruction stimulates the economy.

If destruction stimulates the economy, then it would have been even better to destroy the shopkeeper’s entire building. Then, not only would the glazier be called upon, but the architect, construction worker, electrician, … you get the idea. It’s not difficult to see where this line of reasoning goes … the ultimate mode of destruction, war, is an ultimate good for the economy. And indeed, many economists offer as a silver lining that horrendously destructive events, like the attacks on 9/11, are really an economic blessing in disguise.

But Bastiat sees an inherent flaw; because if the window had not been broken, then the shopkeeper could have bought himself a new pair of shoes. And the glazier would not necessarily be out of a job. Certainly, the glazier has a job by virtue of new homes and businesses, which add to the economy, and by repairing windows that have outrun their usefulness.

Spending money due to destruction results in the lost value of the window.

“Society loses the value of things which are uselessly destroyed;” and we must assent to a maxim which will make the hair of protectionists stand on end — To break, to spoil, to waste, is not to encourage national labor; or, more briefly, “destruction is not profit.” – Frederic Bastiat

Hazlitt: Government intervention is the destruction of the window

Hazlitt’s audience were people who already understood the damaging effects of government intervention in the market. Price controls leftover from WWII were still in effect, which resulted in shortages, rationing, and a flourishing black market. As is typical, solutions being offered favored more, not less, government intervention.

Where Bastiat used a hapless boy, Hazlitt uses the government as the destructive force of proverbial window. The ultimate lesson to his economically-adept audience was that the government needed to remove itself from the economy because its actions were stifling economic progress, not helping it.

North’s Criticisms of Hazlitt and Bastiat

For North, Hazlitt’s book is outdated and speaks to a narrow audience. Today, we don’t know what it’s like to live under post-WWII conditions, and most people aren’t literate in business and economics. And yet it’s regular people who are being asked to believe and endorse (through voting) various economic policies. So how does North believe we can reach people today?

North wants to appeal to the Christian conscience to persuade people of the ethical implications of theft through the broken window analogy. He believes the conscience of regular people will be jolted through the awareness that supporting certain economic policies make them “accomplices” in the crime of theft.

What remains to be seen

At this point, I’m only offering an introduction to North and his motivation for adapting Hazlitt’s book. Certainly, if libertarianism is grounded in Christian theology, and Austrian economics is an aspect of libertarian thought, then North must be on to something. But what remains to be seen is whether North makes the connection sufficiently and effectively.

Does economics have an ethical aspect? Is it persuasive for the common person? Is it the best Christian economic argument, or is it better stated elsewhere? What are the implications of the commandment, Thou shalt not steal? These are some of the questions I’ll explore in my forthcoming articles.

1. This was interesting because there are many non-libertarian Christians and libertarian non-Christians who argue that libertarianism and Christianity are incompatible.

2. He was a leading figure of Theonomic Reconstructionism in the 1990s, which is still advocated today by a small handful of organizations like the Chalcedon Foundation and American Vision. He was a student of a Calvinist philosopher named RJ Rushdoony, and later married Rushdoony’s daughter.

3. To be clear, I do not endorse theonomic reconstruction and find it incompatible, not only with libertarianism but also neocalvinism as a wrong-headed interpretation of the republication of the works principle in the Mosaic covenant.