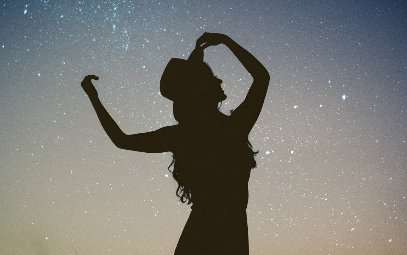 Many people today have adopted libertarianism, but for many different reasons. And if you ask any number of libertarians what libertarianism is, you’ll get a variety of answers. This has caused some confusion among both supporters and opponents alike. So, here I will break it down to the basics.

Etymology: The origin and development of libertarianism

The word libertarian was first used in 1789 by a political writer named William Belsham. It’s a conjunction of the words ‘liberty’ and ‘unitarian.’ The idea was that human beings, by nature, have autonomous free will. Belsham attempted to borrow from Enlightenment philosophers like John Locke. Locke had destroyed the old idea of the Divine Right of Kings. This fueled peasant revolts that were already happening against Roman Catholicism. Some protestants wanted rulers to simply convert to Protestantism. This is what gave rise to the American Revolution, which was originally considered a Presbyterian rebellion.

Revolts seemed to be in opposition to the teachings of submission in Romans 13. And today most Christians still believe that the state is an institution decreed by God. As such, it is also believed that we’re obliged to obey it. Determinism stands squarely opposed to metaphysical libertarianism. Determinism comes from the ancient Greek philosophers with the story of Oedipus Rex. Some Christians grabbed onto it because of some seeming similarities to doctrines on Divine Providence. However, determinism is not strictly religious, and it arguably is not compatible with a Reformed understanding of Divine Providence. By example, atheist Sam Harris is an advocate of determinism over free will.

Was it sinful for Christians to participate in the American Revolution? By arguing for an autonomous free will (or more accurately, against God’s deterministic will), Belsham felt he could defend Christian participation in the American Revolution. Autonomous free will is a position that is rejected by orthodox Christianity. However, most now take a Compatibilist view. The question of metaphysical free will has little to do with what we know today as political libertarianism.

In 1878, the word came to mean, “a person advocating the greatest possible liberty in thought and conduct.” Only a handful of people invoked the use of it. It wasn’t until the Libertarian Party adopted the term in 1971 that it really became mainstream. Philosopher Robert Nozick established it as a political philosophy in 1974. (Although it’s worth noting that Nozick is not the quintessential authority on libertarianism.) And Austrian economists also associated themselves with the title. While the term is relatively recent, the principles that it’s built on are ancient.

1. Lack of monopolized civil authority; though does not preclude natural monopolies. (Polycentric legal order)
2. Legitimacy of civil governing authority rests in adjudication of individual rights violations.
3. Toleration of social movements, market orientations, and voluntary associations. No tolerance for monopolization of power in either governance or the economy.
4. The absence of heads of state.

In general, libertarians hold to the principles of self-ownership* and non-aggression. Self-ownership is the idea that you own yourself, and that no one else can lay claim to your body or your life. The Non-Aggression Principle, which I discuss more in depth here, essentially says that it is unethical to aggress against anyone else. These principles include anyone that holds a role in civil governance. In other words, libertarians hold that it is equally unethical for the government, in any manifestation, to violate individual self-ownership or aggress against others. Herein lies the fundamental reason why libertarians oppose so much government intervention.