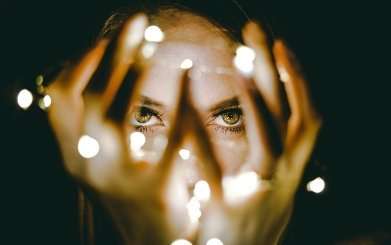 The adjective ‘authoritarian’ comes from the mid to late 19th century, and simply means, “favoring imposed order over freedom.” An authoritarian is someone who believes that freedom is secondary to societal order and that order must come from a person or entity imposing rules. In other words, authoritarians believe individual freedom may be limited to maintain order in society. Authoritarians do not believe mankind can ultimately be trusted to exercise their individual freedom in a civilized way.

This is actually the view held by Thomas Hobbes, a philosopher of the enlightenment period who formalized the concept of authoritarianism. Hobbes maintained that individuals are motivated entirely by self-interest and that they pose a direct threat to each other, thereby making the existence of the state a necessity for maintaining order. He believed that power to govern equally distributed among individuals was a motivator for people to attack one another, and that power held centrally, by either an organization or a single person, warranted peaceful cooperation. Certainly, authoritarianism was no created by Hobbes. Looking at history it’s easy to see how societies were governed by authoritarian rulers because there are key characteristics of authoritarian systems.

Authoritarianism is a broad term which entails government systems with these characteristics in common:

1. Monopolization of civil governance with an aim for unicentrism.
2. Legitimacy is based on the need for a central authority to combat evil or other societal problems; qualitative protection of rights is incidental, or minimized.
3. Suppression, either active or passive, of social movements, political opponents, and anti-authoritarian activity.
4. An executive office whose power is poorly defined, vague, or entails shifting powers.

Although Hobbes was extreme in his views, the implication of it is that individuals can’t be trusted, ultimately, to govern themselves. To that end, authoritarianism is an integral part of most political systems and is also a principle that is the core of American Constitutionalism. In Federalist Paper number 51, James Madison defended an authoritarian view of the federal government to support state ratification of the unpopular US Constitution. Not only did Madison maintain that a unicentric authority was necessary for governance, by way of the Constitution, elsewhere he perpetuated the idea that political power needed to be kept from those lacked formal education and did not own property because those were characteristics thought of as producing social and political unrest.

The great security against a gradual concentration of the several powers … consists in giving to those [who govern] …. the personal motives to resist encroachments of the others … If men were angels, no government would be necessary. If angels were to govern men, neither external nor internal controls on government would be necessary. In framing a government which is to be administered by men over men, the great difficulty lies in this: you must first enable the government to control the governed; and in the next place oblige it to control itself. A dependence on the people is, no doubt, the primary control on the government; but experience has taught mankind the necessity of auxiliary precautions.

In other words, Madison generally agreed with the Hobbesian idea that individuals could not be trusted to govern themselves, but he recognized that government couldn’t be trusted either because it’s comprised of individuals. So the dilemma that Madison presents here, is in how to ensure a unicentric government doesn’t abuse its power. But can a unicentric governing entity really be kept in check?

Ask Yourself: If “you must first enable government to control the governed,”  then how can those controlled by the government  expect to maintain a “primary control on the government?” If all individuals are too self-interested, too violent, or too sinful to govern themselves, then who exactly is fit to govern others? If the moral flaws of mankind render him incapable of obliging self-control with regard to their neighbor, then what is it that we can depend on in government to oblige themselves to maintain a measure of self-control with regard to their own power?