What is the Golden Mean in Philosophy? 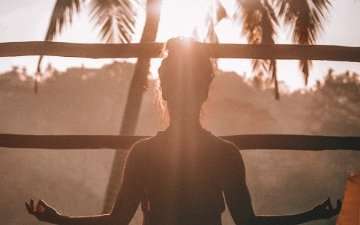 The Golden Mean is a sliding scale for determining what is virtuous. Aristotle believed that being morally good meant striking a balance between two vices. You could have a vice of excess or one of deficiency.

Article Contents show
1 What is the golden mean in philosophy?
2 When the tool becomes a problem.
3 Read More: Problems with the Political Spectrum
3.1 How Useful Was This?

What is the golden mean in philosophy?

This is known as Virtue Ethics. It places the emphasis on high character and not on duty or seeking good consequences. So, true courage would be a balance between too much courage, recklessness, and too little courage, cowardice. A person is courageous out of practice rather than duty or to produce some desired effect. The Golden Mean is a means of assisting a person in practicing good character as they strive to make it second nature.

Aristotle believed that the good life lived from exercising capacity to reason. Practicing virtue is a practice of intellectual reason. Aristotle did not promote virtue in itself as being ethical though. He wrote that the study of ethics is not precise. So, modern virtue ethicists believe that a good ethical theory is necessarily imprecise. Rather than giving precise rules as in the case of deontology and utilitarianism. These are two competing ethical theories.

Striking a balance in certain situations may be warranted. This can be a good exercise in heuristics. But using this as a standard of measure for determining the truth between two things can actually lead to a logical fallacy.

When the tool becomes a problem.

In politics, we see a problem manifest in how Americans typically think of the political spectrum. In theology, we might see this as a balance between two doctrines. This is known as the Middle Ground fallacy. It presumes that the truth is simply a matter of finding the balance between two extremes.

The Middle Ground fallacy is erroneous for two reasons:

A philosophical argument can only be sound if it’s premises are true and a valid argument is formed. So the Golden Mean functions as a tool of virtue because it’s two extremes are necessarily true. It is true recklessness is an excess of courage, and it is true that cowardice is a deficiency of courage. However, if we say that two ideas are both wrong, and the truth is in the middle, then we aren’t employing the tool of the Golden Mean. Instead, we’re using the false reasoning of the Middle Ground Fallacy.