Libertarian Christians Can Bridge a Gap for Abuse Victims 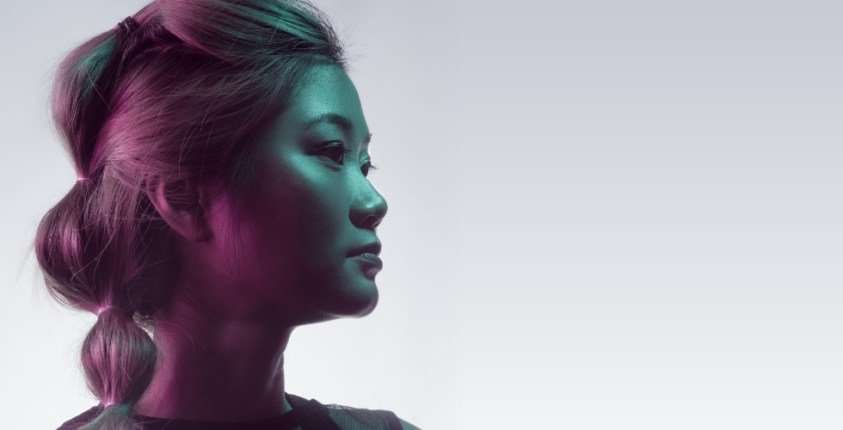 Note: This article was written in the context of the latest allegations concerning domestic violence against women in the church. It is not intended to diminish abuse of men by women, which is equally valid and horrific. The content of this article is applicable for men, but for simplicity, is directed to a female audience.

The Christian church is no stranger to controversy, and concerns of abuse are especially disturbing. The Roman Catholic Church has deflected their sexual abuse controversy, in particular by insisting that it falls within the authority of the Church rather than civil governance. In non-catholic cases, domestic abuse controversies seem to only crop up in so-called fringe sects that border on cult-like behavior.

But now, thanks in part to Rachel Denhollander, the #MeToo movement is evolving into #ChurchDV, and mainstream evangelical-Protestant denominations are being called out. There’s a real question about how Protestants will handle this. Some have blamed egalitarian ideas brought into the church, while others have ridiculed people speaking out.

This controversy is contributing to the angst between complementarians and egalitarians on ‘biblical’ masculinity and femininity. But libertarian Christians have a foundation from which to fight the tyranny of abuse without compromising true doctrine. The principles of self-ownership and non-aggression, grounded properly in historic Christian theology, can bridge the gap for abuse victims.

Article Contents show
1 Libertarianism: a consistent expression of Christian liberty and justice
1.1 The principle of self-ownership
1.2 The non-aggression principle (NAP) and abuse
1.3 Self-ownership and aggression in the church
1.4 Responsibilities correspond to our rights
1.5 Rights violations fall under the sphere of civil governance, not the church
2 Libertarian Christians can support abuse victims
2.1 1. Protect yourself
2.2 2. Empower victims; disempower abusers
2.3 3. Develop empathy
2.4 4. Don’t conflate the rights of women as mere “toxic feminism.”
3 Libertarian Christians can bridge a gap for abuse victims
3.1 Footnotes:
3.2 Resources and Further Reading:
3.3 How Useful Was This?

Libertarianism: a consistent expression of Christian liberty and justice

The principle of self-ownership

Self-ownership is the keystone of inalienable rights. Inalienable rights cannot be transferred, given away, revoked, stolen, etc. They are either recognized and respected or ignored and violated. Biblical1 submission doesn’t diminish a woman’s human rights. Biblical1 headship isn’t a license to violate a woman’s rights or the Christian liberty of conscience.

Women, you own yourself! You own your body and your life. With respect to God, this is a principle of stewardship, but with respect to mankind (including your husband), you are the rightful owner of your self. And while a unique union exists between husband and wife, marriage doesn’t override self-ownership. Anything given in love is given voluntarily.

The non-aggression principle (NAP) and abuse

In my article, What is Aggression?, I describe various forms of aggression prohibited by the NAP. This includes non-physical forms or ‘passive’ aggression: oppression, coercion, menacing, deceit, and manipulation. Non-physical aggression is overlooked in our society (and in discussions of the NAP) because of its subtlety, but we cannot underestimate its power. It was, after all, a menacing form of manipulation2 that was used to bring the Fall of humanity.

Self-ownership and aggression in the church

Official statements of apology are not going to solve this problem. The problem is whether spiritual abuse exists and is enabling perpetrators of domestic violence. Domestic violence violates the rights of both the spouse and the children who witness it.

This is a real issue for libertarians (in terms of justice), and Christians (in terms of theology and doctrine). On the conservative/traditional side, the propensity is towards denialism. On the feminist/egalitarian side, the propensity is towards perpetual victimhood. Neither is good! The cycle of abuse cannot be broken if we maintain this paradigm.4

Responsibilities correspond to our rights

Self-ownership and the right to be free from aggression obligates us to not violate another’s rights. However, since there are people who don’t always oblige our rights, we must take responsibility in self-defense against these abuses.

But unless you’ve endured abuse yourself, you’re not going to see the arduous task this is for a victim. For an abuse victim, it’s as though you’ve been thrown into a pit with no clear way to escape. The denialism on the right and perpetual victimhood on the left abandons victims in their pit.

Rights violations fall under the sphere of civil governance, not the church

Cover-ups of abuse happen when the church assumes authority over rights violations. It is one major problem with the Vatican’s response to the sexual abuse of minors, and is consistently found in allegations of abuse in non-Catholic churches. It’s regularly taught by complementarians, who generally hold the permanence view in marriage5 to avoid civil authorities because divorce is believed to be a greater sin than abuse.

Self-ownership entails self-protection. Abuse may seem impossible to untangle. The truth is that predictable patterns of behavior are both the cause and consequence of abuse. Because they’re predictable, learning about them can prevent or mitigate future abuse. Identify your own vulnerabilities and teach these things to your children.

Like vulnerabilities, there are predictable patterns of behavior and personality in abusers. The NAP gives guidelines of what to look for (the recommended reading below provides details). Identifying abusers gives outsiders an opportunity to rebuke them. When outsiders rebuke abusers, it can confirm suspicions in the mind of the victim. This is the first step to empowering victims. (Please! Do NOT tell a victim to call their abuser to repentance. This puts the victim in danger of further abuse!)

Asking questions like, “why don’t you leave?” or “but did he hit you?” contribute to the inner turmoil and confusion of the victim. Many victims don’t even know they’re victims, especially where the abuse is seemingly (or overtly) supported by church doctrine. While you learn to prevent abuse, resist the urge to blame the victim. Abusers constantly blame their victims, and these kinds of questions reinforce the false messaging of the abuser. There will be a time and place for self-reflection by the victim when they are out of harm’s way.

4. Don’t conflate the rights of women as mere “toxic feminism.”

Feminism falls flat on its face for a myriad of reasons, none of which are the self-ownership and legitimate rights of women. We can have a discussion on what actually constitutes women’s rights, but our legitimate rights should be championed and upheld.

Libertarian Christians can bridge a gap for abuse victims

Abuse victims are disempowered by abusers who reject the victim’s self-ownership and ignore their rights. The church enables abuse by not having a clear teaching on legitimate authority within the spheres of family, church, and civil governance. Just because authority is assumed doesn’t mean that authority is legitimate. Libertarian Christians can bridge this gap through ongoing education on self-ownership and the NAP, and by calling the church to repent of advocating for illegitimate uses of authority.

Who’s Pulling Your Strings: How to Break the Cycle of Manipulation and Regain Control of Your Life, by Harriet B. Braiker, Ph.D

What Did Jesus Really Say About Divorce? An Alternative Interpretation of Matthew 5:31-32 and Its Implications for Counseling Troubled Marriages in the Church, by Rev. Dr. Todd Bordow

A Cry for Justice