Did you enjoy this episode?
Your rating and review on iTunes, Spotify, YouTube, or Amazon will help others notice it.

Each episode, our roundtable will talk frankly about 4 to 8 topics that we think are interesting, notable, and in some cases even fun in world events. To make it even more easily shareable, we’ll carve up shorter segments from the whole on single topics as well.

We will rotate around with new people from time to time, and for this episode we’ve got Doug Stuart, Kerry Baldwin, Matt Bellis, and Norman Horn. And, thus, your feedback is very important to us! Please let us know what you think in the comments. As always, we appreciate your support and love your feedback, and we hope you will enjoy the show and tune in regularly.

In this episode of the LCI Roundtable, Doug Stuart, Mike Maharrey, Matthew Bellis, and Kerry Baldwin discuss the death of Ruth Bader Ginsburg, abortion, and Al Mohler. Does she deserve all the attention she’s getting from both sides of the isle? What were her contributions? Is she at all responsible for legal abortion in America? To evaluate this, we discuss several Supreme Court cases related to abortion, why they were significant, just who were rendering those decision. And close it off by calling out a very prominent pastor and theologian who believes the libertarians have a problematic view of abortion. You don’t want to miss this episode; it’s not what you’re expecting.

The most important election of our lifetime involves the appointment of a new Supreme Court Justice in the wake of Ruth Bader Ginsburg’s death. But first, we discuss a “pig bomb” courtesy of Matthew Bellis. Mike Maharrey of The 10th Amendment Center discussing what we need to understand about SCOTUS appointments. Kerry Baldwin breaks down the issue of Roe v Wade on abortion, Ruth Bader Ginsburg’s contributions (aside from abortion), the contributions of Republicans and their appointees concerning abortion, and a message for Al Mohler. Mohler is well known for his objection to libertarianism, arguing that Christians cannot be libertarians in good conscience. He has previously debate LCI President Dr. Norman Horn with Julie Roys when she was still with Moody Audio.

Ginsburg authored the court’s opinion in United States v. Virginia, 518 U.S. 515 (1996), which struck down the Virginia Military Institute‘s (VMI) male-only admissions policy as violating the Equal Protection Clause of the Fourteenth Amendment. For Ginsburg, a state actor could not use gender to deny women equal protection, therefore VMI must allow women the opportunity to attend VMI with its unique educational methods.[93] Ginsburg emphasized that the government must show an “exceedingly persuasive justification” to use a classification based on sex.[94] VMI proposed a separate institute for women, but Ginsburg found this solution reminiscent of the effort by Texas decades earlier to preserve the University of Texas Law School for Whites by establishing a separate school for Blacks.[95]

Although Ginsburg did not author the majority opinion, she was credited with influencing her colleagues on the case Safford Unified School District v. Redding, 557 U.S. 364 (2009).[104] The court ruled that a school went too far in ordering a 13-year-old female student to strip to her bra and underpants so female officials could search for drugs.[104] In an interview published prior to the court’s decision, Ginsburg shared her view that some of her colleagues did not fully appreciate the effect of a strip search on a 13-year-old girl. As she said, “They have never been a 13-year-old girl.”[105] In an 8–1 decision, the court agreed that the school’s search went too far and violated the Fourth Amendment and allowed the student’s lawsuit against the school to go forward. Only Ginsburg and Stevens would have allowed the student to sue individual school officials as well.[104]

In Herring v. United States, 555 U.S. 135 (2009), Ginsburg dissented from the court’s decision not to suppress evidence due to a police officer’s failure to update a computer system. In contrast to Roberts’s emphasis on suppression as a means to deter police misconduct, Ginsburg took a more robust view on the use of suppression as a remedy for a violation of a defendant’s Fourth Amendment rights. Ginsburg viewed suppression as a way to prevent the government from profiting from mistakes, and therefore as a remedy to preserve judicial integrity and respect civil rights.[106]:308 She also rejected Roberts’s assertion that suppression would not deter mistakes, contending making police pay a high price for mistakes would encourage them to take greater care.[106]:309

More of Kerry’s work on abortion can be found here: mereliberty.com/abortion

B.A. Philosophy, Arizona State University. My writing focuses on libertarian philosophy and reformed theology and aimed at the educated layperson. I am a confessionally Reformed Christian orthodox Presbyterian in the tradition of J. Gresham Machen (1881 – 1937)
Subscribe
Already a Member? Please Login to Comment. 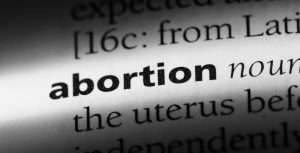 Are Libertarians pro-choice? On the 50th anniversary of the Libertarian Party (LP), the platform now stands silent on abortion. This is no insignificant change. It

Originally published for Libertarian Christian Institute by Gregory Baus The Reformed theological tradition historically holds to an interpretation of Romans 13 that, in its basic outline,