Did you enjoy this episode?
Your rating and review on iTunes, Spotify, YouTube, or Amazon will help others notice it. 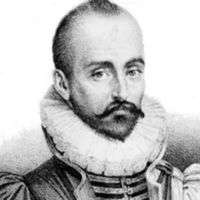 Etienne de La Boétie was born in 1530 in Sarlat (Sar-lah), in the Périgord (pey-ree-gawr) region of southwest France, to an aristocratic family. His father; a royal official. His mother; the sister of the president of the Bordeaux Parliament.

La Boétie was orphaned at an early age and raised by his uncle. He received his law degree from the University of Orléans (oh lee ahn) in 1553. La Boétie earned a royal appointment to the Bordeaux Parliament the following year, despite his young age. He was a distinguished judge and diplomatic negotiator. But he met an untimely death in 1563 at the age of thirty-two.

Etienne de La Boétie was born in 1530 in Sarlat (Sar-lah), in the Périgord (pey-ree-gawr) region of southwest France, to an aristocratic family. His father; a royal official. His mother; the sister of the president of the Bordeaux Parliament.

La Boétie was orphaned at an early age and raised by his uncle. He received his law degree from the University of Orléans (oh lee ahn) in 1553. La Boétie earned a royal appointment to the Bordeaux Parliament the following year, despite his young age. He was a distinguished judge and diplomatic negotiator. But he met an untimely death in 1563 at the age of thirty-two.

Among many other talents and accomplishments, including supporting the right of Christians to private worship, La Boétie’s writings includes an essay attacking absolute political power. The Discourse on Voluntary Servitude asserts that tyrants have power because the people give it to them.

Libertarian philosopher and Austrian economist, Murray N. Rothbard, who I will profile in an upcoming episode, summarizes La Boétie’s political philosophy as follows:

To him, the great mystery of politics was obedience to rulers. Why in the world do people agree to be looted and otherwise oppressed by government overlords? It is not just fear, Boetie explains in “The Discourse on Voluntary Servitude,” for our consent is required. And that consent can be non-violently withdrawn.

La Boétie provides one of the earliest and clearest explanations of why the suffering majority obeys the minority who rule over them; it is an example of voluntary servitude. Here is an abridged excerpt La Boetie’s writing:

[How does] it happens that so many [people], so many cities, so many nations, sometimes suffer under a single tyrant who has no other power than the power they give him; who is able to harm them only to the extent to which they have the willingness to bear with him; who could do them absolutely no injury unless they preferred to put up with him rather than contradict him. Surely a striking situation!

Yet it is so common that one must grieve the more and wonder the less at the spectacle of a million men serving in wretchedness, their necks under the yoke, not constrained by a greater multitude than they, but simply, it would seem, delighted and charmed by … one man … A weakness … of human kind is that we often have to obey force; we have to make concessions; we ourselves cannot always be the stronger.

Therefore, when a nation is constrained … to serve a single clique, … one should not be amazed that the nation obeys, but simply be grieved by the situation; or rather, instead of being amazed or saddened, consider patiently the evil and look forward hopefully toward a happier future …

Etienne de la Boétie’s answer to this question is thoughtful and detailed. People generally accept without question the country and system they are born into. Only a few raise questions about justice and the necessity of rule by the few. Most people are content to remain submissive; trained to adore their leaders.

But in the same discourse, La Boetie offers the non-violent remedy to such voluntary servitude:

Everyone knows that the fire from a little spark will increase and blaze ever higher as long as it finds wood to burn; yet without being quenched by water, but merely by finding no more fuel to feed on, it consumes itself, dies down, and is no longer a flame.

But if not one thing is yielded to them, if, without any violence they are simply not obeyed, they become naked and undone and as nothing, just as, when the root receives no nourishment, the branch withers and dies. …

All this havoc, this misfortune, this ruin, descends upon you not from alien foes, but from the one enemy whom you yourselves render as powerful as he is, for whom you go bravely to war, for whose greatness you do not refuse to offer your own bodies unto death. He who thus domineers over you has only two eyes, only two hands, only one body, no more than is possessed by the least man among the infinite numbers dwelling in your cities; he has indeed nothing more than the power that you confer upon him to destroy you. W

here has he acquired enough eyes to spy upon you, if you do not provide them yourselves? How can he have so many arms to beat you with, if he does not borrow them from you? The feet that trample down your cities, where does he get them if they are not your own? How does he have any power over you except through you?

(Y)ou can deliver yourselves if you try, not by taking action, but merely by willing to be free. Resolve to serve no more, and you are at once freed. I do not ask that you place hands upon the tyrant to topple him over, but simply that you support him no longer; then you will behold him, like a great Colossus whose pedestal has been pulled away, fall of his own weight and break in pieces.

To purchase Discourse on Voluntary Servitude: Why People Enslave Themselves to Authority, by Etienne de la Boétie click on my Amazon affiliate link: https://amzn.to/2yA3FzL

You will be asked to confirm your subscription by email,
so please check your email/junk file after signing up.