What is a paradigm? 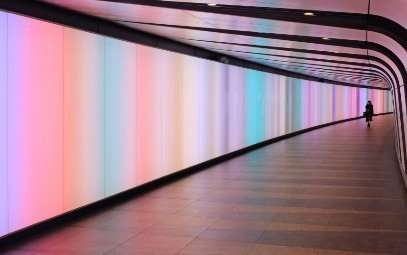 A paradigm is a pattern or worldview and is more complex than we realize. Our paradigms inform decisions we make, what we believe is right and wrong, and how we think other people ought to view the world.

So, you might think that poor people need to be taken care of. Your paradigm tells you what you believe about solving poverty. Maybe you believe the government should give them a basic income. Or that a charity needs to provide food and shelter. Or that they need to solve the problem themselves. In turn, this belief informs your political ideas, which church to attend, or what area of town you want to live in. Those things, in turn, will also influence how you further see the world.

This is a bit crude; a paradigm has many more parts to it. The point is that there are consistent patterns our society accepts as true. Some of those patterns are at odds with one another, like how to solve poverty. Changing this pattern requires a paradigm shift, a change in the way our culture sees the world.

Sometimes we take these patterns as “gospel truth.” For example, you might have heard someone say, “this is always the way we’ve done ____! It’s tradition. It worked in the past, there’s no need to change it.” Most paradigms we experience go unchallenged because it’s simply the habit of society. Challenging paradigms has a two-fold result. First, it has the effect of strengthening true paradigms and second, it destroys false paradigms.

What is a false paradigm?

A false paradigm is the negation of a true paradigm. Let me explain.

A paradigm that is true, is a pattern (or worldview) that actually exists in reality whether we believe it or not. It’s true. A false paradigm is simply a pattern that doesn’t actually reflect reality. It negates, or is a denial or contradiction of, the truth of reality.

A false paradigm doesn’t reflect reality. In other words, the fact that we have day and night doesn’t necessarily mean that the earth revolves around the sun in reality. It might look that way because we feel stationary, but that doesn’t make it true.

Is there a false paradigm about the solution to poverty? Think about it.

Ask yourself: What is poverty? Is it merely the lowest wage earners? Or is it a lack of basic necessities for life? Maybe it’s both? What patterns have actually proven successful in achieving wealth? Is it possible that well-intentioned plans have proven unsuccessful? Are there proposed solutions that have actually caused poverty?

Why does this matter?

There was a time in history when people truly believed the sun revolved around the earth. In fact, the medieval church banked on this false paradigm being true and based doctrine on it. A geocentric view of the solar system still existed as late as the 1920s. (And apparently now is enjoying a revival on the Internet).

It took brave people to challenge this paradigm in order to illicit a paradigm shift. It took asking questions, hard questions, and admitting that we might be wrong.

Basing our belief on a false paradigm though had damaging consequences. It damaged science, religion, and harmed individuals who questioned this paradigm, thus damaging freedom. So paradigms matter because they can contribute to harming human beings in a variety of ways.

Where do we find false paradigms?

Everywhere! At work, at school, in the family, in the church, in culture … they’re everywhere. And without even realizing it, we already participate in them and have even challenged them or accepted them without question. They form our opinions in politics, religion, life … literally in everything we do. True paradigms exist and false paradigms are competing for our attention. We affirm paradigms every time we claim a statement as true. We deny paradigms every time we reject an idea.

Affirming and rejecting paradigms is not inherently bad. It’s realizing how you arrived at those conclusions that matter. Did you ask questions to investigate whether or not the paradigm is true? Do you have enough information? Is that information even knowable? How do we arrive at the conclusions we do?

How do we break through false paradigms?

This can be a tough question to answer. Sometimes you can’t. Sometimes you think you have but really have not. The key to challenging paradigms is to continually challenge them. One of my favorite philosophers is Karl Popper. He’s not my favorite because I agree with all of his philosophy (I don’t). Rather, he’s my favorite because he showed it necessary to challenge even the most commonly accepted beliefs. He proposed in scientific philosophy that we can never arrive at the truth. Instead, we can only determine if something is false. While this may sound like the ultimate skeptic, it’s really pretty profound. The paradigm will either withstand the challenge (making it more credible) or will be proven false, thus eliminating it.

You’ve heard of the term “paradigm shift.” It’s basically the idea that entire worldviews are created and destroyed at once (more-or-less). This wasn’t Popper’s idea though. It was the idea of his nemesis, Thomas Kuhn. Kuhn believed that certain accepted paradigms could not be challenged until there was a critical mass of evidence against it. And when this critical mass occurred, it would bring down the entire system built on that paradigm.

Though I do believe we can arrive at truth, and in many cases we have, this has more to do with faith. (Which we’ll also talk about). Popper’s point is that the sciences can take us only so far. However, Kuhn is also right about the need for a critical mass of evidence (and people believing it) to bring about change. We’ll discuss more of these guys later, but I take a sort of compatibilist view of them.

The reality is unless you or I have been to space, we accept the truth of earth’s revolution around the sun on evidence. Evidence is not proof! Evidence is the crumbs on the floor, and the open cookie jar on the counter, that leads us to believe the conclusion that someone took a cookie. But the proof is not there, and we could be wrong. The crumbs might be bread and the open cookie jar might be a coincidence. But how do we know unless we’re willing to challenge our assumptions?

When I first began studying philosophy, I started with ethics; the simple question of right and wrong. And as I came to understand the problems in ethics, I began asking about how we can know things, and what knowledge is. This is epistemology. But then I realized that there were things I knew from experience and things that I just knew without experiencing them. This led me to metaphysics, and questions concerning theology and the divine.

The point is that most of us are content to play with what’s right and wrong. We’re content with seeing the magnificence of an iceberg without realizing that it’s merely the tip. The breadth and depth of the questions we ask ourselves every day is so much greater (and ominous) than we usually give them credit for. And it is for this reason, that we must learn to challenge ourselves and rethink the paradigms the construct our world.