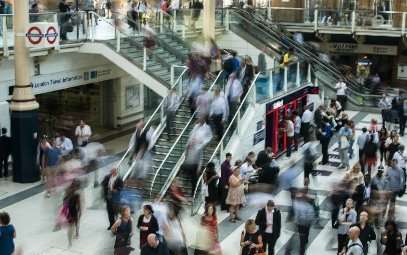 Article Contents show
1 What is Praxeology?
1.1 How Useful Was This?

Praxeology comes from the Greek; it means the study of deed, or action. It’s actually a broad discipline where human action is understood deductively. This leads to conclusions that are a priori, or self-evident. Today, praxeology is most often associated with Austrian economics, and for good reason. But it didn’t begin with Austrian economics.

The term praxeology was first used by a German philosopher, physicist, and theologian name Clemens Timpler. Timpler identified praxeology with the “second part of Ethics,” or descriptive ethics. This is an interesting point which we will come back to in a minute. But it was Louis Bourdeau who articulated what praxeology actually entails. Bourdeau described praxeology as a science incorporating other fields of science. Notably it included physiology, medicine, psychology, human history, political economy, morality, and others. He described these fields as “fragments of a science … scattered and uncoordinated [which] have remained … only parts of particular sciences. They should be joined together and made whole in order to highlight the order of the whole and its unity.”[1]

Between 1882 and 1933 other psychologists, physiologists, and economists used the term, including a Russian Marxist by the name of Nikolai Bukharin. This was also the time that Ludwig von Mises began using it.

It’s important to point out that while these fields are praxeological, praxeology is not itself psychological, physiological, economical, etc. These “fragments of science” are asking questions about why or how? Praxeology is concerned with the fact of that a behavior occurs rather than why a behavior occurs. Economics uses praxeology to explain why the market behaves as it does. It does not evaluate from a psychological perspective (though it entails one). And it doesn’t evaluate from a moral perspective (though it entails one) either. Instead economics evaluates praxeology from the perspective of market forces.

The school of Austrian Economics relies heavily on praxeology. It’s considered a rationalist (rather than empiricist) philosophy. By contrast, Keynesian economics, the school that American economics is based on, is empiricist. This probably accounts for the divergence between these two schools of thought. This is ultimately the classic division between rationalism and empiricism. Both are fields of epistemology which asks the question about how we know that we know what know.

Rationalists believe we know things through reason, a priori. Empiricists believe we know things through experience, a posteriori. Critics of the Austrian school argue that it’s not a true science. The predominant consensus on science is that we can only know things empirically, through sensory experience. The Austrians disagree. They argue that there are unseen forces at play that we must take into account. And we can only know that by reasoning through a praxeological methodology.

Economics as a sub-field of praxeology can be summed up well here:

“Praxeology … rests on methodological individualism, on the fact that only individuals feel, value, think, and act. Individualism has always been charged by its critics — and always incorrectly — with the assumption that each individual is … cut off from, and uninfluenced by, other persons. This [is an] absurd misreading of methodological individualism … Economic theory is not based on the absurd assumption that each individual arrives at his values and choices in a vacuum, sealed off from human influence. Obviously, individuals are continually learning from and influencing each other.”