Book Review: You Are Not Your Own by Alan Noble 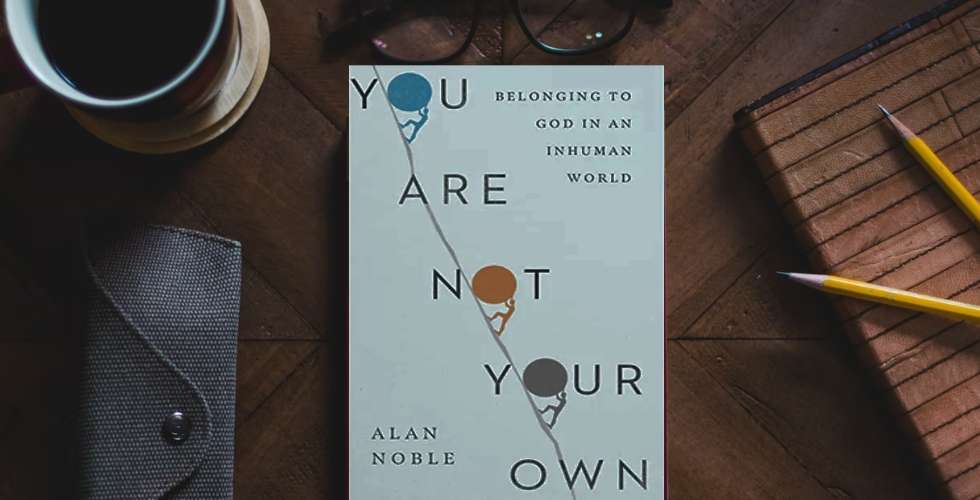 Article Contents show
1 Book Review: You Are Not Your Own by Alan Noble
2 Argument and Sources Cited
3 Critique
4 How Useful Was This?

Book Review: You Are Not Your Own by Alan Noble

Dr. Alan Noble is an associate professor of English at Oklahoma Baptist University. According to his bio, he gives talks on literature, popular culture, technology, secularism, and related issues.

In his book, You Are Not Your Own, Noble writes to a popular American Evangelical audience. He also hopes to inspire non-believers to explore Christianity. More specifically, to explore what he believes is a Christian anthropology.

“The fundamental lie of modernity: that we are our own. Until we see this lie for what it is, … most of our efforts at improving the world will be glorified Band-Aids … the belief that we are our own fundamentally forms our inhuman society. Then we can consider the alternative: accepting and embracing our belonging to Christ, which unites us with Him and gives us the ground to delight in this world even as we work to make it more human.” (p. 10 of 102**)

The main question at issue is whether the principle of self-ownership is inhuman. Does self-ownership require that we hopelessly seek comfort in ourselves, by ourselves, through mechanisms (provided for by the market) that, in Noble’s view, are antithetical to the Christian faith? Noble answers with an emphatic, yes! and attempts to persuade the reader why.

Noble ends his book with his brief account about the death of a close friend toward the end of 2020. His friend died from cancer, not COVID-19. But his cancer treatment was abruptly ended by his doctor for fears over COVID-19. Noble’s writing leaves little doubt that he himself has experienced some disillusionment about life. His assumption is the reader has too. And while he may not be wrong in that, Noble is making some bold causal claims.

“In a technologically sophisticated society like our own, we have a growing number of techniques that simulate the feelings of importance and identity and meaning and belonging … through medications, social engineering, and the market. But comfort runs deeper than feeling. It requires confidence in the reality of things, not just our perception … Because we still live in a habitat made by humans but not for humans, we will sin.” (p. 78 of 102)

Noble’s argumentation is two-fold. In the first part of the book, he tries to draw out what he deems as the necessary implications of self-ownership. Early in the book, he cites Friedrich Nietzsche as the primary originator of the concept (ignoring John Locke, whom many libertarians point to as a significant contributor to the development of ideas about self-ownership). So, for Noble, the consequence of self-ownership is a nihilistic, materialistic, consumeristic, and atomistic worldview.

Noble desires to reframe societal problems through the lens of his view of self-ownership (p. 10 of 102). This inevitably requires making causal claims about the impact self-ownership has on society. Noble views “the market” as the purveyor of meaningless things which allow us to cope with a nihilistic view of life. He also holds that self-ownership is insufficient for arguing against all forms of abuse.

Noble has a long list of criticisms of modern society. Everything from bitcoin, to social media, to pharmaceuticals, to identity politics, if society created it, it’s in his target. And perhaps for nothing other than to say, these things won’t bring ultimate comfort. Fair enough! But the question readers should ask is, does Noble overstate his claims?

Noble believes that self-ownership is a fundamental cause of all that is wrong in society. He even makes a series of if/then statements attempting to prove the causal relation.

“There is a historical progression from political to metaphysical autonomy. Whether this progression is inevitable is a separate question. The reality is that as, or soon after, individuals in Europe begin to attain political liberty, they also begin to think of themselves as free from other sources of authority: God, the church, tradition, cultural norms, family, nation, biology, and so on.” (p. 50 of 102)

In the second part of his book, Noble seeks to paint a picture for the reader of what life belonging to Christ is like in juxtaposition to a life belonging to one’s self (which is what he paints in the first part). Such an intention is good in so far as pointing the reader to Christ as their ultimate comfort. But deeper reflection may actually prove that humans need a more nuanced understanding of the distinction between our vertical relationship to God and our horizontal relationship to each other.

The main concept Alan Noble addresses is self-ownership. However, it also seems Noble is criticizing metaphysical free will. This involves an old philosophical debate dating back to the pre-enlightenment eras, continuing into the present day, about a question of metaphysical autonomy or determinism. That is, are humans able to make real choices, or are they living out a predetermined fate?

It appears that Noble is ultimately attempting to make a case for determinism and against autonomy. Although, neither determinism nor metaphysical free will are compatible with historic Christian orthodoxy.* Moreover, neither view provides the grounds for political libertarianism or the classical liberal idea of self-ownership. Unfortunately, Noble makes it very clear that his target of criticism is the classical liberal idea of self-ownership. (p. 9 of 102)

Noble doesn’t actually interact with any scholar, philosopher, arm-chair thinker, or even social media rabble-rouser on the principle of self-ownership. I found this odd given he’s an academic. But, Christian critics of libertarianism often critique it based on their own preconceived notions and not on anything libertarian theorists actually hold.

Some false assumptions he has about self-ownership are that it entails the idea that freedom is limitless, justice impossible (since limitless freedom in his view means a relativist morality), and renders the individual a law unto themselves. To the contrary, libertarians actually view the principle of self-ownership as a natural limitation, a foundational principle of justice, and part of natural law that man can intuitively understand. In other words, the exact opposite of what Noble alleges. (It is too bad he didn’t bother to engage with anyone who holds to the principle of self-ownership, or he might have saved himself the trouble of writing a book confused from the outset.)

Theologically, Noble confuses our (vertical) relationship to God – who does indeed “own” all people – with our (horizontal) relationship to fellow men – where we live in community with others. His concern is that self-ownership results in atomistic individualism. But libertarianism rejects atomistic individualism and recognizes the reality and necessity of community and voluntary cooperation for mutually beneficial ends. A libertarian view of human action may involve the belief that only individuals properly “act” (so-called “methodological individualism”), but Christian libertarians can reject both individualistic and collectivistic views of society. We can recognize that both individuals and communities are equally real, and that neither one is the origin of the other.

All humans are created by God, and so He is every person’s Owner. God in Christ is the Creator and Owner of all things (Colossians 1:15-17). At the same time, having created humans in His image, God has given each person a stewardship over themselves and their property. In relation to other humans, we call each person’s stewardship their self-ownership. And this self-ownership can be extended to acquisition of ownership in scarce resources. Ownership is the right to exclusive control, use, or disposal of a resource. We call this ‘property rights’ (in one’s person and things; cf. Exodus 21:16; Matthew 20:15; Acts 5:4); one’s civil/political right.

It is disappointing that Alan Noble didn’t bother to engage with libertarians on this topic. Christian libertarians share many of his concerns and complaints about society. We seek dialogue with non-libertarians to build bridges and mutual understanding towards a better society. (Though we would agree with Noble that achieving perfection in this life is not the point, and that our only ultimate comfort in life and in death is that we belong to Christ!)